You are here: Home / Uncategorized / Are healthy drinks good for my teeth?

We probably all know about the sugary, fizzy drinks which are bad for our teeth.

In recent years, so called healthy drinks have increased in popularity.
This can become confusing for us consumers, because what might be healthy for one part of the body may not be good for your teeth.

These drinks, which are usually fruit juices and smoothies, may have no added sugar, but because of the process the natural ingredients have gone through, their natural sugars have been released in such a way that they can cause tooth decay.
If you had the ingredient in its natural form, for example, an apple or banana, most of the natural sugars would still be locked up in the fruit and not released until after you had swallowed it.
Problem solved!

Next time I will talk about the other problem with these sort of drinks, and that is the acid, which can erode the teeth.

Arrange An Appointment Or Ask Our Dentists A Question

Get in touch today and a member of our friendly team will be in touch as soon as possible. 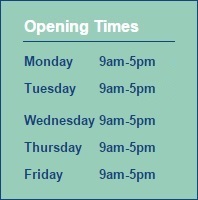 Please note we are closed between 1pm – 2pm, for lunch.